Modes of the Major Scale

Add some ‘exotic’ flavour to your music by exploring the modes of the major scale.

Modes are used to add colour and character to otherwise ‘normal’ sounding Major and Minor tonalities.

Despite their exotic sounds (and exotic names), modes are no different than what you have been reading about so far. In fact, you’ve been using modes already with the Major Scale and Natural Minor Scale!

How Do Modes Work?

Remember, any Major Scale (the Ionian Mode), follows this pattern of whole steps and half steps:

Now, rather than choosing your tonic as the first degree, let’s choose the 6th degree (W W H W W W H), and
rearrange the pattern to create the pattern of the Natural Minor scale (or the Aeolian Mode):

You can do this with every degree of the Major Scale to create 7 modes. Each have a characteristic sound because of the shifted intervals.

Let’s compare the Ionian Mode & Lydian Mode. Most of the intervals are the same, but the Lydian Mode has a ♯4.
If you play the Lydian Mode you’ll notice a difference in character from the normal Major Scale.

If we chose C as our tonic, C Ionian would consist of the notes C D E F G A B. In comparison, C Lydian would be slightly different with C D E F♯ G A B (notice the F♯). These ‘character’ intervals that give each mode their unique sound.

The Ionian Mode has the same intervals as The Major Scale. 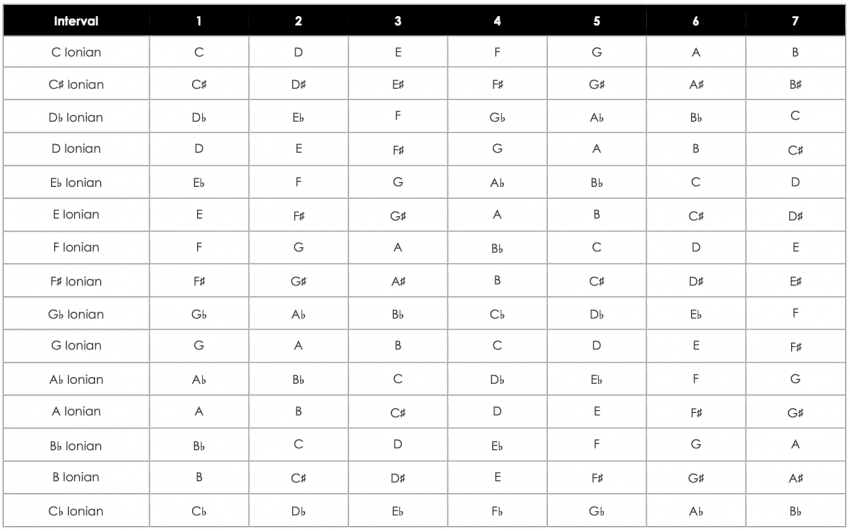 The Dorian Mode is a Natural Minor scale, except with a Major 6th interval (instead of minor 6th). 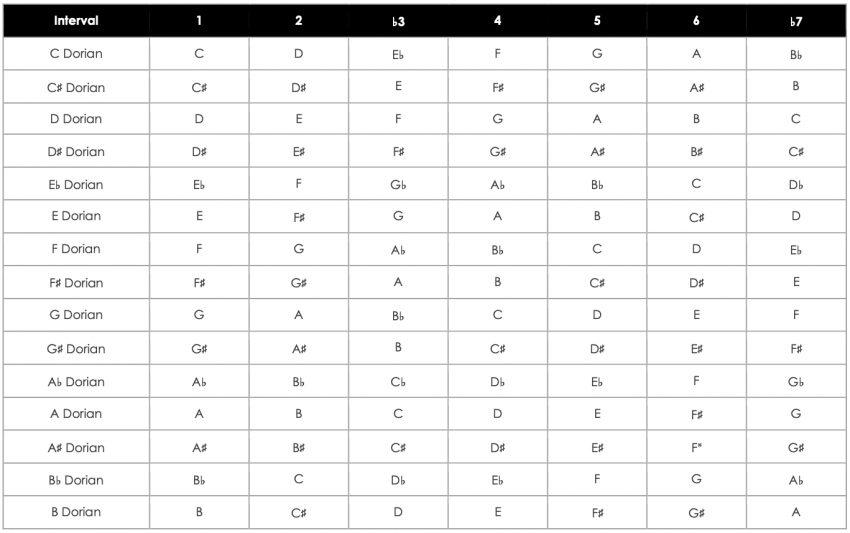 The Phrygian Mode is a Natural Minor scale, except with a Flat 2nd interval. 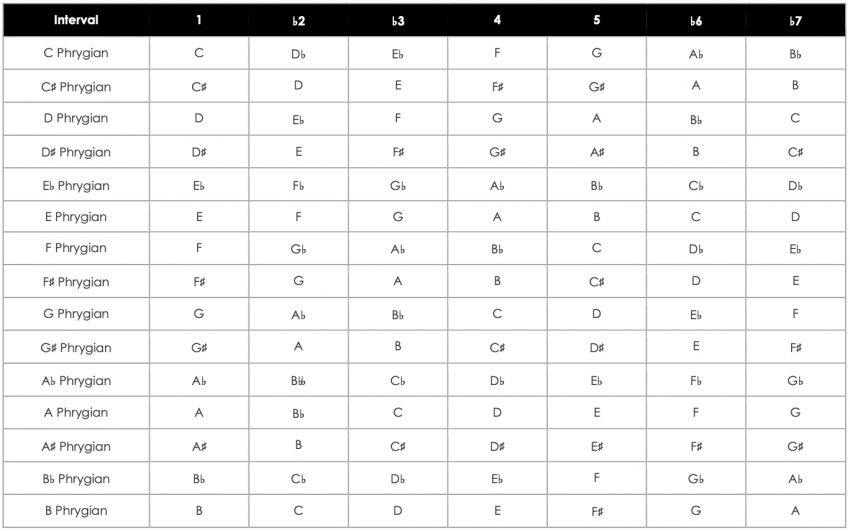 The Lydian Mode is a Major scale, with a Sharp 4th interval. 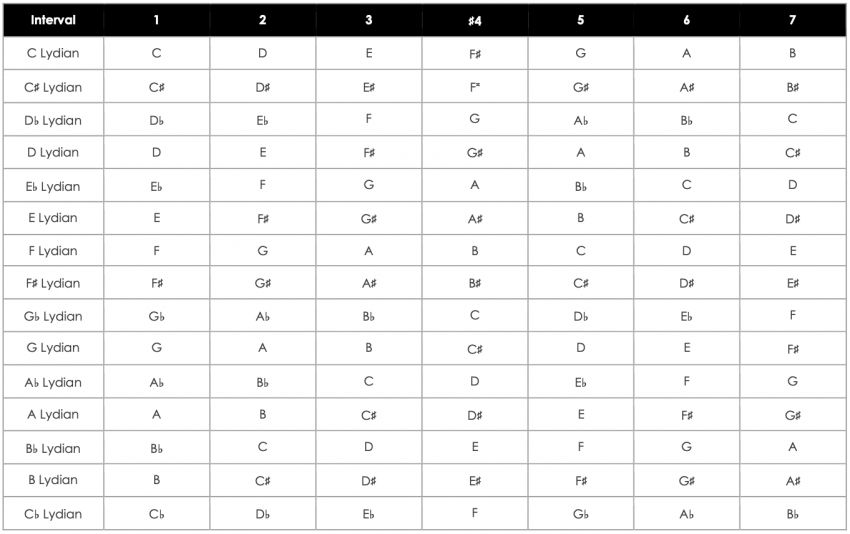 The Mixolydian Mode is a Major scale, with a Flat 7th interval. 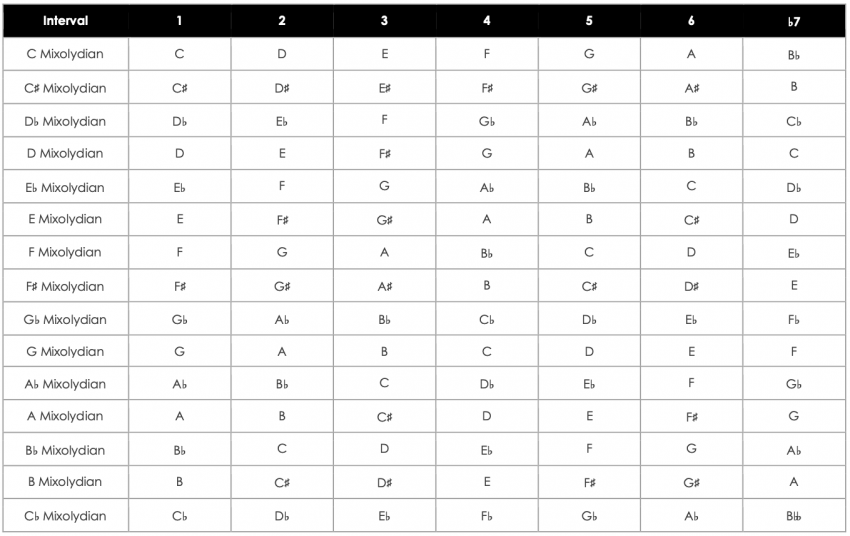 The Aeolian Mode has the same intervals as The Natural Minor Scale. 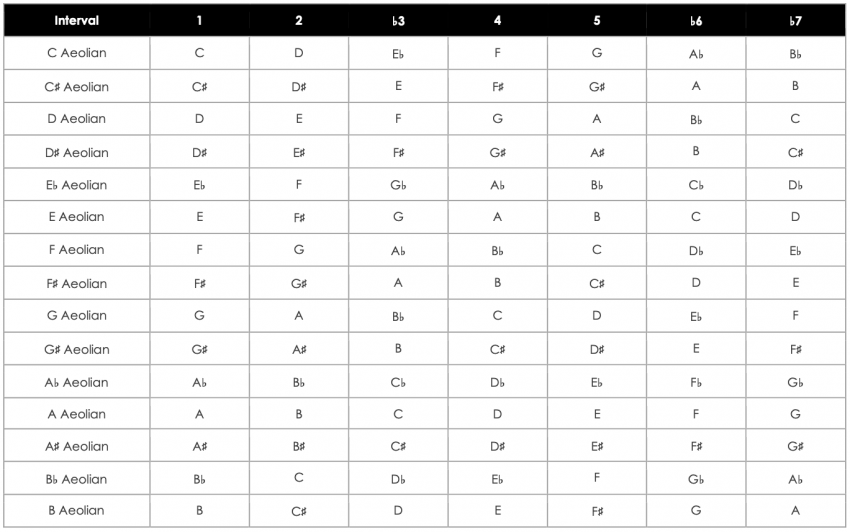 The Locrian Mode is a Natural Minor scale, with Flat 2nd and Flat 5th intervals. 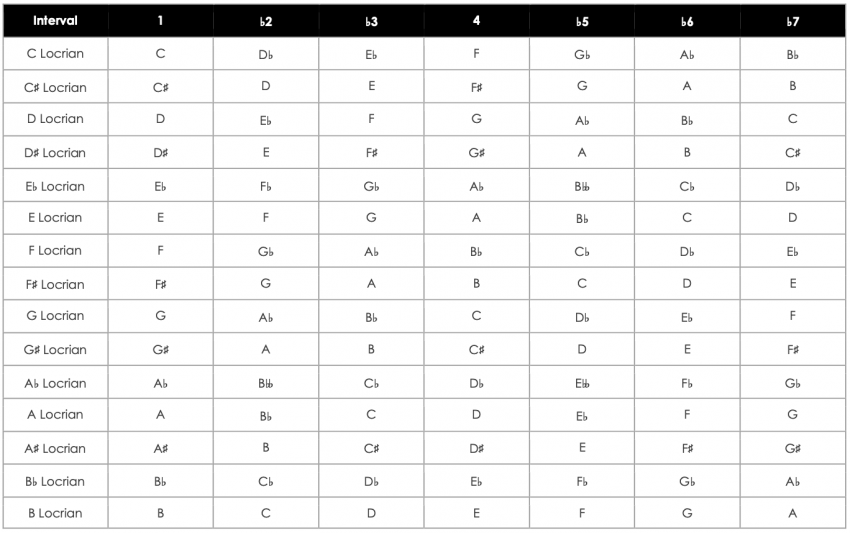